This report examines the potential advantages to NGO adoption of new technology through private sector partnership. 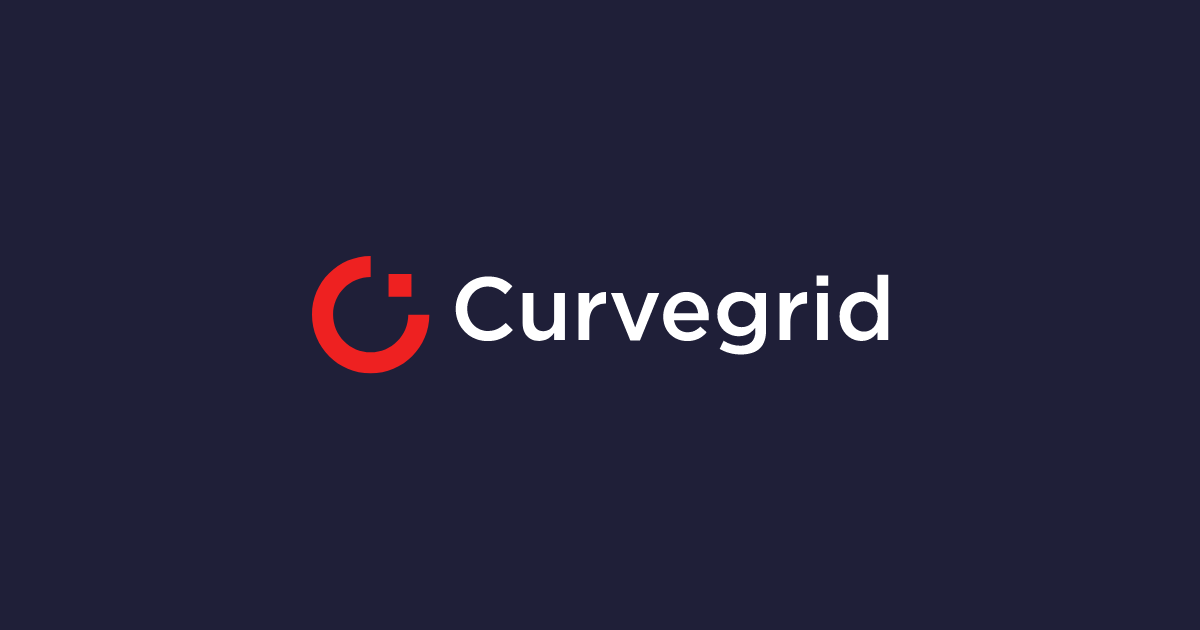 This report examines the potential advantages to NGO adoption of new technology through private sector partnership. The case study of Oxfam Australia's blockchain-based cash transfer pilot, "Project Unblocked Cash", on the south Pacific island of Vanuatu is discussed. Due to noted gains in efficiency and transparency, compared to traditional cash and voucher assistance, it is concluded that the potential of blockchain technology in future humanitarian aid programs is encouraging.

This report was inspired by a talk given by Sempo and Oxfam at the Ethereum Devcon 5 conference held in October 2019 in Osaka, Japan. The information in this report was primarily gathered from humanitarian aid policy reports and the pilot assessment report written by ConsenSys, an Ethereum consultancy organization.

In 2014, the United Nations Office for Coordination of Humanitarian Affairs declared that the costs of global humanitarian assistance had tripled over the previous decade, and that the number of people impacted by humanitarian crises had almost doubled. These changing needs will require adapting traditional humanitarian assistance strategies to be more efficient, serving more people with fewer resources. The world is different than it was when many major aid organizations, like UNICEF, the World Food Program, or Oxfam, were founded a half century ago. These organizations will need to evolve to most efficiently fulfill their missions. Innovation in humanitarian aid may include leveraging new technologies or partnering with the private sector to develop solutions rather than seeing them solely as a source of funding. Through the case study of a blockchain-based cash transfer pilot, this report will examine how innovative use of technology and partnership with the private sector can result in increased efficiencies and impact for traditional humanitarian aid organizations.

A blockchain is a distributed ledger which can keep track of transactions and store information like a database. However, because it is decentralized in a peer-to-peer network, no one person or organization can control the blockchain, and once information is published on the blockchain, it cannot be removed.

A common type of transaction executed on the blockchain is sending value from an address A to an address B. The value held at an address is determined by the sum of the deposits and withdrawals made to that address for a given cryptocurrency, the records of which are stored on the blockchain. A cryptocurrency, like Bitcoin, is a form of digital money that is managed by a network of computers using cryptography rather than an issuing government, and whose value is usually determined by supply and demand.

To reduce volatility, there is a specific type of cryptocurrency called a stablecoin. Stablecoins have their value pegged to another asset, like the US dollar, and are therefore designed to have a consistent exchange rate with that asset over time.

However, some blockchains can do more than just record cryptocurrency transactions in a ledger. For example, the Ethereum blockchain can be described as a global computer. Contracts written in code, called "smart contracts", can be published to the Ethereum blockchain, and because of the blockchain’s decentralized and cryptographically-secured nature, users can trust that the contract will always be executed as it was written. One example of smart contract use could be to automatically pay some amount of cryptocurrency to a blockchain address when a specific condition is met. Smart contracts can also be used to transform some amount of one type of cryptocurrency into a new type that follows specific rules defined in the contract, creating a "token".

Cash transfers are an increasingly popular method of humanitarian aid distribution. Instead of providing in-kind assistance, which consists of giving food or other items chosen by the aid organization, cash transfers allow aid recipients to directly receive money and choose for themselves where the money would be best used. In-kind assistance risks misunderstanding the true needs of the people an organization is trying to help. For example, in a 2014 study of Syrian refugees in the Kurdistan region of Iraq, it was found that a majority of refugees receiving World Food Program food parcels sold on average half of the bulgur, lentils, rice, and pasta they received, using that secondary source of income to purchase different, more desirable, or higher quality food. The philosophy behind cash assistance suggests that if beneficiaries will try to transform food and goods into money anyway, perhaps they should just be given money in the first place. Recipients of cash transfers can use their received money in local markets, supporting their own economy. Allowing choice also preserves the dignity of recipients in a way that gifts of canned food do not.

Despite overall positive results, in traditional cash transfer schemes there can be many barriers. Bank transfers are expensive. Additionally, participant onboarding can be slow. This is a problem in disaster situations where response time is crucial. In a typical cash or voucher assistance program, recipients would need to first register to receive a disbursement, then return at a later date to re-identify themselves and collect a cheque, which then needs to be deposited at a bank. This process can take many days. Reductions in bank fees, administrative costs, and participant enrollment time would all contribute to the ability of cash aid to help more people.

Oxfam International is an NGO focused on poverty and crisis work, with member organizations in 18 countries around the world. Oxfam Australia has trialed a variety of approaches to cash and voucher assistance programs on the Pacific island of Vanuatu. Like many other Pacific islands, Vanuatu is especially disaster-prone, and frequently experiences earthquakes, cyclones, tsunamis, landslides, and even volcanic eruptions.

In May 2019, in partnership with the startup Sempo and Ethereum consultancy ConsenSys, Oxfam Australia launched the Project Unblocked Cash pilot in Vanuatu. The initial pilot ran for two weeks, and served as a trial for how the Sempo blockchain-based cash transfer solution could be deployed in case of a real disaster, which are frequent in Vanuatu. Prefunded NFC (near field communication) cards were distributed to individuals in the village of Pango, and smartphones loaded with the Sempo app were given to vendors, who were mostly small shop owners. 187 households and 15 shops participated, with a total of 827 transactions recorded during the two weeks. The cash flow was controlled by an Ethereum blockchain backend.

While previous cash and voucher assistance programs on Vanuatu averaged an onboarding time of one hour, household registration for a Sempo card takes only a few minutes. For a non-vendor participant, only name, location, and either a phone number or the NFC card ID number, are required to sign up. This process can be so simple because non-vendors cannot directly cash-out from the system, and therefore do not need to undergo the KYC (Know Your Customer) checks typically required by regulations to interact with a cryptocurrency. Not requiring formal identification is a significant enabler of participation, particularly in poverty and crisis situations, where participants may have either lost their identification or never had any to begin with.

For vendors, who do have the ability to convert their digital balances to the local currency, there are additional onboarding steps to undergo. Vendors are required to bring identification, have a photo taken, and supply bank account details. In return, they are given a smartphone loaded with the Sempo app, and agree to provide goods in exchange for "tokenized cash" from other recipients’ NFC cards, which Sempo would later repay in local currency to the vendors. Vendors are also given their own NFC cards.

To complete a purchase, a vendor types the purchase amount into their app and selects the general category of goods. The shopper is able to visually confirm the amount on the phone screen, and then taps their NFC card to the phone to transfer funds. All balances are shown in the local currency of the Vanuatu Vatu. The card balance, represented by an encrypted series of deposits and withdrawals, is stored locally on the card. Each NFC card corresponds to an Ethereum address. The phone app will also send each transaction to the Sempo backend which does its own verification, updates a database, and after sending confirmation to the vendor’s phone, publishes the transaction on the main public Ethereum blockchain. This publishing is done by a Sempo admin Ethereum account, which was given permission to process transactions when an "approve" function was triggered on the tokens at their initial disbursement. Because a local balance is stored on the cards, and a local cache of the database on the smartphones, the system can continue to operate in times of low internet connectivity as long as vendors synchronize their apps with an online server once a week. This process of card tapping and simple balance entry requires low technical literacy and was received well by the community.

The "tokenized cash" used in these transactions is DAI, encased in a special token by a smart contract. While DAI is a stablecoin pegged to the United States dollar, all values are communicated to participants in the local Vatu (VT) based on a fixed USD-VT exchange rate. The contract prevents the transfer of tokens to any address not on a whitelist. This is required to restrict exchange of the tokens to participants in the pilot and meet the requirements of anti-money laundering laws. All tokens eventually are returned to the Sempo admin account when vendors wish to cash out. Sempo returns local currency to the vendors, and is able to convert the tokens back into DAI with the smart contract.

To cash-out their tokens, vendors need only to select the "Withdrawal" feature in their smartphone app, which triggers Sempo to send the vendor a bank transfer in exchange for their tokens. To reduce the bank transfer fees, which can be as high as 20 Australian dollars, a super-vendor system was introduced to allow bulk cash-out transactions. This system requires identifying a larger vendor within the community who has enough access to cash that they can cash-out smaller vendors immediately in exchange for tokens, and then can send all tokens collected as one bulk transaction. This means bank transfer fees are only triggered once and vastly reduced, making the exchange more efficient.

By having all transactions recorded on a public blockchain, it is easy to see where funds are being spent, and the level of participant engagement in the system. This implicit transparency allows for donors to see the impact of their funds, but also for organizations to adapt their programs in response to real-time data.

The use of the Ethereum blockchain to create community cryptocurrencies allows aid funding to quickly reach those in need when disaster strikes. The cash transfer solution presented by Sempo delays interactions with banks, and even removes the necessity of that interaction or the need for formal identification for all normal households. Reduced onboarding friction, compared to more traditional financial services, results in recipients being able to be set up in mere minutes instead of hours or days. By being open to partnerships with the private sector, and use of new technology, Oxfam was able to find the most efficient and radically transparent method of cash transfers to date – a form which will enable them to have the resources and time to help more people than ever before.

I would like to thank Nick Williams (co-founder of Sempo) for taking time to talk to me about his experience with startup-NGO partnerships.

You can learn more about Project Unblocked Cash in the ConsenSys report, Revolutionising Humanitarian Cash Transfers in Vanuatu, at https://withsempo.com/ngo-cash-transfers/.